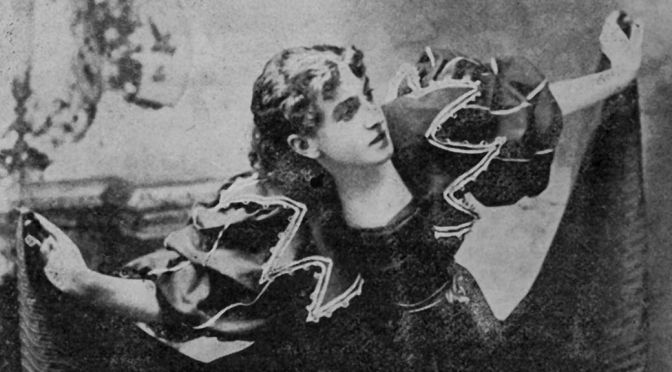 Another of the various items we have acquired through Internet trading sites, is a page from The Sketch. This was an illustrated weekly newspaper, mainly covering the aristocracy and high society. It was published from 1893 until 1959 by the same organisation that produced the Illustrated London News – itself another valuable source of articles for local and family history. It carried regular features on royalty and the aristocracy, theatre, cinema and the arts and was always well illustrated with photographs. END_OF_DOCUMENT_TOKEN_TO_BE_REPLACED 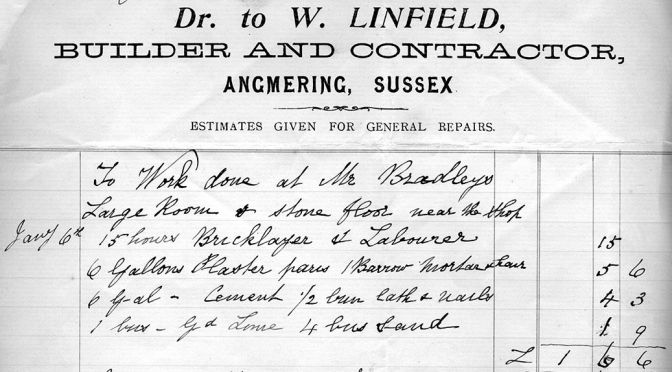 One of the many places that we can find surnames of interest, is in the wording of printed advertising and business stationery. The first of these tends to have a better survival rate as the magazines and newspapers in which they appear may be preserved for historical interest and for the articles they contain. There is a very active market in old pages from newspapers, and they are often found framed and used as decoration, particularly in public houses where there is a historical theme. We have acquired a number of such items, including the page about Lily Lindfield, the dancer, described later in this issue. END_OF_DOCUMENT_TOKEN_TO_BE_REPLACED 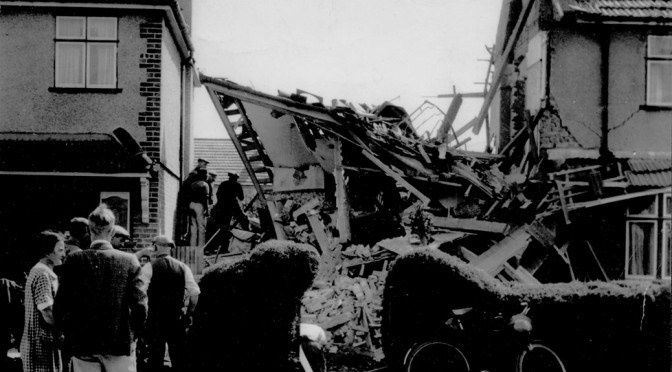 The ruined house shown in this photograph was in Grand Avenue, Lancing, Sussex and had been the home until a few days before being bombed, of my mother, Emily Lindfield, my brother Peter and myself. We were evacuated at the outbreak of war to my mother’s parents (the Braben’s) house as my father anticipated London being attacked by aerial bombing. He moved us back to London, all being quiet, the Blitz had not yet commenced. END_OF_DOCUMENT_TOKEN_TO_BE_REPLACED

My father once remarked, when reminiscing about the past that, “most families seemed to have a simple daughter, who was kept at home, to look after the house and care for the elderly parents”. However, despite this, the only unmarried women our researches had discovered so far had been qualified as seamstresses, milliners, and in one case as a teacher. END_OF_DOCUMENT_TOKEN_TO_BE_REPLACED

My curiosity about the elaborate dresses in the old family photograph remained and, to find out more about these, it was necessary to dig deeper into the Miles family. Next to the headstones of Thomas and Rebekah Miles in the Wivelsfield graveyard, stands a memorial to Sarah Bridger which reads, formerly of Burgess Hill, died at Hove, November 28th 1895, aged 62 years. END_OF_DOCUMENT_TOKEN_TO_BE_REPLACED 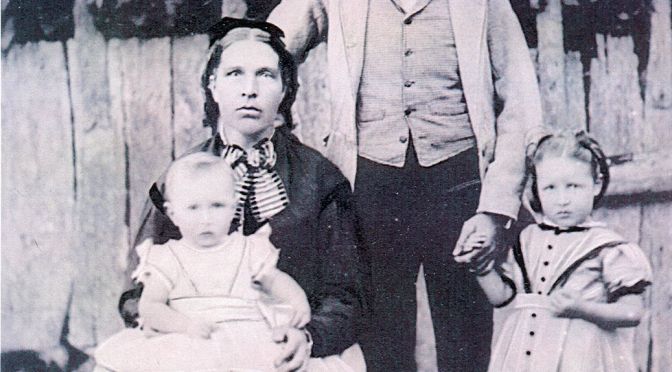 In my father’s house there was a photograph, which fascinated me. The picture showed a family in a country garden. The man is standing, holding the hand of a little girl and the woman is seated, with a baby on her lap. Although he is not smiling, the man’s face appeared good-humoured to me, the woman looked more severe. But what stole my attention and always brought me back to gaze again, were the elaborately-fashioned dresses of the woman, the child and the baby. How had these country folk come by such clothes and who had made them? It was not until many years later that I was to learn the answers to these questions. The people were Hasted Lindfield and his wife, Mary Miles, taken in 1872. The infant on the lap was, in fact, a boy and my grandfather, also called Hasted. Mary’s distinctive features were to be handed down through several generations of Lindfields. END_OF_DOCUMENT_TOKEN_TO_BE_REPLACED

As we announced at the AGM, we feel that after 21 years of operation, we need to consider how to manage the Group in the future in the light of several factors: