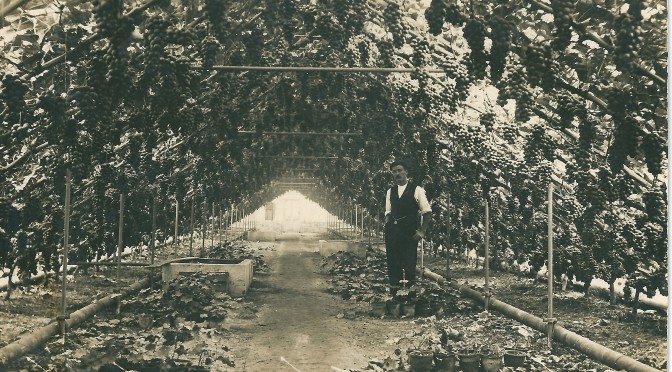 I have recently embarked on a major research project into the history of the Worthing Glasshouse Industry. Started by the pioneer growers such as George Beer in the 1870s, who built the first large commercial glasshouses, the industry flourished in the town and became the main glasshouse growing centre in the country. The industry was important to the local economy for over 70 years, until it gradually declined as the expanding town absorbed all the old nurseries in its relentless growth. By the 1960s, the vast majority had closed. I am very lucky that David Abbott, official historian of the West Sussex Growers Association, has joined me in the project and we recently held an exhibition of some of our ‘discoveries’ at Worthing Library (5- 19 March 2011). END_OF_DOCUMENT_TOKEN_TO_BE_REPLACED