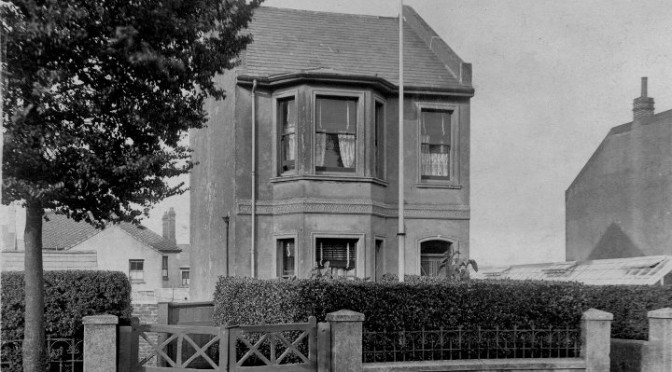 Previous articles have been written in this journal about Arthur George Linfield, fruit grower and nurseryman, of Worthing in Sussex and his younger brother, Frederick Caesar Linfield, corn merchant of Worthing and local politician who eventually became a Liberal Member of Parliament. In this article, I intend to write about their elder brother, William Henry Linfield and his family, who lived in Lyndhurst Road near Worthing Hospital. END_OF_DOCUMENT_TOKEN_TO_BE_REPLACED 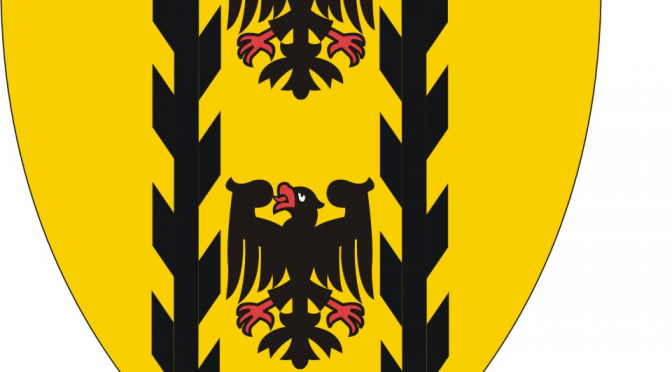 I have been looking at the Ipswich Lindfields, and how they have been intimately involved with the town’s affairs, for some time and have compiled notes from various publications of the Ipswich Borough Records where they mention a Lindfield or near relative.

The Ipswich Lindfields covered five generations, beginning with William & Elizabeth, married in 1559, through four generations of Gilbert (the last one dying in 1692 at Whatfield near Ipswich). END_OF_DOCUMENT_TOKEN_TO_BE_REPLACED

In order to arrive at a reasonably definitive figure for the population of a country, county or state, it has been the practice for governments to conduct a census at regular intervals, typically every 10 years. When and if the detailed records are eventually made available to the public, these provide an unrivalled method of gathering information on individual ancestors and also for examining the total numbers and geographical distribution of people sharing the same surname. This article considers what the census can tell us about this geographical distribution. END_OF_DOCUMENT_TOKEN_TO_BE_REPLACED

Continued from the previous issue: Part 1

The following tribute to Eric was given by friend and former work colleague Don Bourne at a Thanksgiving Service on Thursday 29th August, 2002 at St. Mary’s Church, Saltford. We are very grateful to Don for his kindness in allowing us to reproduce it here for the benefit of a wider audience. Don was one of Eric’s many friends – for a total of 39 years – 21 of them as a colleague at Newton Park College, Bath. END_OF_DOCUMENT_TOKEN_TO_BE_REPLACED

It is with great sadness that I must announce the passing of Eric Linfield. Eric died peacefully in Bath Hospital after suffering a stroke on 16th August 2002. He was 81. Eric was, of course, the first President of the Lin(d)field One Name Group, from the moment of its inauguration in February 1992 until he stood down in 1999.

As family historians, we owe an enormous debt to Eric. His interest in family history was ignited by a newspaper article he read in 1963 describing the Golden Wedding celebrations of Evelyn May Page (nee Linfield) and Joe Page, who were caretakers of the Village Hall in Storrington. This article explained how Harry Stanford Smith had done some research on the Linfields during the 1950s, and had drawn up a detailed family tree going back to the time of the Anglo-Saxons. Eric duly wrote to May Page who provided him with a copy of the famous Stanford/Linfield tree. College work kept him very busy throughout the 1960s, but from the late 60s/early 70s, Eric began his research in earnest, spending many hours at the Public Record Office and at the West and East Sussex Record Offices.

After some early difficulties, Eric eventually managed to fit his branch into the Stanford Smith tree. He was able to show how he descended from Peter Linfield (1734-91), Farmer and Butcher of Storrington, through a younger son, Edward Linfield (1774-1861), who had a market garden at Sullington. I remember his immense pleasure when I was able to send him a photograph of his great great grandfather, Harry Linfield (1807-78), who was a farm labourer on the Sandgate Estate for over 50 years. This pictorial treasure, which shows Harry wearing a traditional Sussex smock, had been discovered by local historian Joan Ham in a book of old photographs belonging to the Carew-Gibsons of Sandgate House.

Eric was born on 25 April 1921 in the Sussex village of Henfield, son of George Mark Linfield and Annie Knapp, who were married in 1916. His sister Eileen followed in August 1922. Unfortunately, his father had a serious accident whilst tree-felling at Woodmancote Place in December 1922, and he never worked again. His childhood was far from easy, but Eric was an intelligent and very able child who was able to do extremely well for himself at school. Between 1928 and 1931, he attended the Henfield (CE) Elementary School, before moving to Steyning Grammar School as a rural scholarship boy. He was called up to serve during the Second World War, spending the latter part of the conflict in France. On returning to England in 1945, he went to university, initially at Oxford for a year and then to Cambridge, where he read Moral Sciences, specialising in Psychology in Part II. Later on, he took a second degree, a M.Ed. in Curriculum Theory, at Bristol.

After graduating, Eric decided to become a teacher and after a number of appointments around the country, he moved with his wife Sheila (they were married in December 1956) and their young family – they had two daughters, Janet and Julia – to Saltford in order to take up a new post as a Senior Lecturer in Education at the City of Bath Teacher Training College at Newton Park. This was in August 1963. Here he remained until retirement in 1984, a well-liked and approachable figure, with an irrepressible enthusiasm for knowledge across a wide range of subjects – family history being just one of them! He continued his part-time tutoring for the Open University until 1988, something he had started in 1975.

I first made contact with Eric in 1973, to answer a letter he had sent to the West Sussex Gazette (which my grandfather had noticed and passed on to me). This was just before he sent out his mailshot to every Linfield in the UK telephone directories, appealing for others to help him in his quest to build upon the original researches of Stanford Smith. His eventual aim was to write and publish a pamphlet or book about the Linfield story. In his letter, Eric asks to hear from any readers who might have remembered his grandfather George Linfield, who married Katherine Leach at Clapham in 1885. Katherine was in service at Castle Goring, whilst George was a cowman. I wrote to Eric, stating my interest in family history, and so began a regular correspondence which continued for the next 29 years!

Eric’s letters were always very helpful, full of encouragement and useful tips on how to proceed with a particular piece of genealogical research. We would often up-date each other with our successes, and I was most pleased when I was able to tell him that I had finally found the link connecting my own particular branch with the Stanford Smith tree. This resulted from his suggestion that I ought to have a detailed look at the Nuthurst parish registers, where I discovered the baptism of my great great great grandfather, Henry Linfield on June 12th 1796. I’ve always had a sneaking suspicion that Eric knew I would find this link, since it was rather odd that he had recorded the baptism of Henry’s sister Ann in 1792 but had apparently ‘missed’ the entry for Henry! I first met Eric and Sheila in person when I was invited to meet them at their home in Saltford towards the end of 1978. I was immediately struck by Eric’s infectious enthusiasm, as all these boxes of books and papers were miraculously produced and their contents duly scattered about the living room floor. Poor Sheila!

Eric enjoys himself at the Group’s 10th Anniversary event at the Old School, Storrington on June 1st 2002.

When we both met Alan Lindfield for the first time in July 1991, the whole business of the Linfield family history was suddenly transformed into the computer age. Alan explained how he had set up a database of Lin(d)field records and we were both mesmerised with the new possibilities that this modern technology could offer. One of the outcomes of this fruitful meeting was the decision to set up of a Lin(d)field One Name Society, something which greatly appealed to Eric because it represented a new and exciting phase in the development of the family history. It would bring together many more people who would be able to help with the research, whilst the publication of a members’ journal fulfilled Eric’s hopes that parts of the family story would be properly recorded for future generations.

Eric contributed regularly to ‘Longshot’, mainly with articles about his Sullington ancestors and his thoughts on possible avenues for future research. He was aptly appointed the first President of the group, and his letters of encouragement were a great support to Alan and myself as the project gradually unfolded. We were both very pleased that he was able to attend the 10th anniversary of the Group at Storrington on June 1st, when he thoroughly enjoyed himself and was able to meet many of the people with whom he had corresponded over the years.

Eric was also a very generous benefactor of books from his extensive collection, at one time, I believe, numbering some 20,000 volumes! We reported in an earlier edition of this journal how he donated his collection of books on humour to the library at the University of Kent in Canterbury.1 He also gave his fascinating collection of books on Sussex – some 98 volumes – to the recently established Storrington and District Museum, and this forms the nucleus of their fledgling library. A condition of this gift was that members of the Lin(d)field One Name Group can borrow any of these books to help them with research work. 2

Needless to say, we are going to greatly miss Eric’s words of wisdom and encouragement. He achieved so much in the field of family history as, indeed, he did in so many other areas. It was a privilege to have known him, and I shall always fondly remember the times when we enjoyed a pint or two in one of the local hostelries as we animatedly discussed some of the finer details of this strange hobby that had brought us together. Eric was unique, a loyal and kind friend and on behalf of us all, I would like to express our condolences to Sheila and their two daughters, Janet and Julia and their respective families.

Eric Linfield – an Appreciation, by Malcolm Linfield
A Tribute to Eric’s Life in Education, by Don Bourne
Linfield and Lindfield Wills and Administrations (1858-1943) Part 2: 1877-1903, by Alan Lindfield
Out for the Count, by Alan Lindfield
Ipswich Borough Record Extracts, Part 1, by Ian Anderson
A Coat of Arms for the Suffolk Lin(d)fields, by Ian Anderson
The Linfields of Lyndhurst Road, Worthing by Malcolm Linfield

Front Cover: the Arms of the Lin(d)fields of Suffolk, as drawn by Ian Anderson. The proper colour of the heraldic shield is gold (Or). See article by Ian on page 64.